The Death of the Dumb Pipe ! 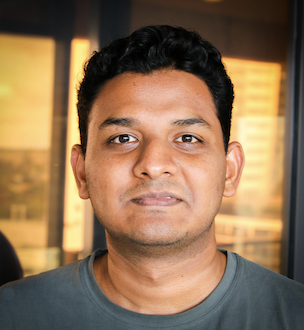 How to publish a small file from a FTP location to a JMS queue? This was the problem statement given to me when I got my first job. As any new graduate would do, I thought of writing a fascinating, rocket science program using some programming language to get this done.

My new boss understood my blind enthusiasm and diverted me towards evaluating an enterprise integration product. In 2010, Open Source was just starting to boom in every technology layer of an enterprise, till then the biggest open source hit was Linux, then Android. For many, Open source was a new and scary concept.

I was particularly focusing on Open Source Integration Products, it was a new product category at that time. Some of today's popular enterprise integration vendors were laying their product and community foundation. Starting from Apache Camel with contributions from FuseSource(then acquired by RedHat) & Talend, MuleSoft, WSO2, etc.

BTW, I was able to solve the FTP -> JMS integration problem by writing a few lines of configurations (not program, just configurations), It was super easy. But I was living in guilt, spending 4 years in engineering and writing a two line Apache Camel code to move the file from FTP to JMS. You know what I mean ! (Just google my name along with any of these products, you will see a lot of related questions to the community, Ignore all things naive, I was too young come on)

Why Enterprise Integration products were needed ?

I should actually call it - ‘More awareness in Enterprises to use Integration Products’. Yes, this happened in 2010.

Multiple communities and product vendors came up with products under the category of ‘Enterprise Integration’, converging a lot of ideologies like SOA, ESB’s, Middleware, MQ’s, Web Services, API’s, etc.

This actually improved the overall enterprise architecture in a lot of ways:

Today, The scope of Enterprise Integration technologies has shrunk in the end to end solution architecture. Integration Middleware worked, there is no flaw in the way it got evolved over the past decade. Particularly, Integration products streamlined the overall enterprise architecture in a lot of ways, unfortunately it was over architected without addressing the fundamental flaws in the underlying technologies/platforms.

Enterprise Integration is a smart workaround to mitigate some of the technology immaturities around data storage, workarounds are meant for the short term and it doesn't last long.

Lets see why it was a workaround:

This really means, “Building dumb integration pipelines” or “Integration Pipelines without business rules” was just an approach to mitigate the underlying technology limitations. We clinged too much into building dumb pipes instead of trying to fix the under the hood infrastructure limitations.

“Q: Hey come on, we deploy Integration Pipelines using Kubernetes, We can handle a lot of traffic."

"A: As the integration market matured, we also improved technologies around scalability. Kubernetes is one great example, It is still a great technology for a lot of use cases and it has a promising future. But for Enterprise Integration, Kubernetes is a horse blinker - Integration pipelines were predominantly stateless services, we were able to scale integration pipelines to handle more traffic, but we were never able to efficiently process data on the fly. (I am not saying Kubernetes is bad for stateful services, Enterprise Integration products narrowed too much into the philosophy of building dumb pipes, isolating themselves away from data processing patterns)”

In summary, Middlewares/Integration products became quite critical in enterprises. Unfortunately, these products did not evolve as better as Enterprises evolved. Businesses are looking into data that is active, data that is on the move, to process a business event as and when it happens, generate value to a customer as fast as they can, but Integration products can't cope with this evolution.

Will Enterprise Integration be wiped out ?

Absolutely not. But their scope is reducing. Enterprise Integration products create a network of applications within enterprises, but an application network is an overkill when you cannot process the data within the network.

The only useful pattern that we all learnt from an integration product, is building reusable adapters/connectors. There will always be a diverse number of protocols, there will always be the need for protocol bridging/translations but there will not be a need for integration pipelines. Dumb pipes will diminish, “Processing data while its on the move” is what is helping enterprises today and dominate enterprise architecture in the future.

As the number of applications grow, they will generate more and more meaningful events, events around your customers, partners, business transactions, etc.

If you look at events as they are, they have life in them. They are generated at a particular time, based on a particular action.

If you build dumb pipes, they may survive for few seconds after they are born, but they will die as soon as it reaches the destination(storage)

All these streams of events are meant to be captured as it is, kept alive as they are, and process them whenever you need to, without flattening them to death.

To do this, you need a platform that can move data but also has the ability to process them as they are moving.

This is not as simple as building another messaging product, it is a platform that converges traditional storage capabilities, messaging architecture, data processing patterns, distributed systems into one.

By the way, have you missed some of the recent updates on Kafka, Its time to refresh yourself:

Before jumping into the technology, let's see how Event Streaming overcomes some of the drawbacks we discussed in Enterprise Integration(But I have to use Apache Kafka for examples, there is no other alternative to Apache Kafka when it comes to Event Streaming Platform)

Stream A: Fast shopping cart events Stream B: Slow/static Customer profile data. If you want to enrich Stream A with customer address, you don't have to build a N tier web services layer for it, it's a simple join from Stream A to Stream B, Lookup is done ! Imagine this, when you have more and more events onboarded to Kafka, the possibilities are endless. A lot of streams can be co-related to generate value, as compared to building numerous dumb pipes without any immediate value for the business.

Enterprise Integration served a purpose, It simplified how applications communicate. As they dont have the ability to process events on the fly, events are being forced into passive data stores unfortunately.

Also when you build application networks with dumb integration pipes, the opportunity to process/react to those events are lost permanently.

Events Stream Processing is the prime focus for enterprises today, it allows them to watch out for imporant events and reach to them as and when they occur, be it simple data processing or complex event processing.

Also, most importantly, don't try to recreate enterprise integration patterns into Event Streaming platforms as it is. They can't be compared like to like. Event Streaming is a very different paradigm to Enterprise Integration.

If you are an Integration Architect or a developer, and have spent a lot of time integrating applications, It's time to get started on Event Streaming. Retain your integration experience, they are golden, Unlearn the Traditional Integration technologies you know, Learn Event Streaming paradigm from bottom up, generate value out of your events before they become too old !

Episode 2 is coming, watch out this space.